Flemming Rose is a Senior Fellow at the Cato Institute. He previously served as foreign affairs editor and culture editor at the Danish newspaper Jyllands‐Posten. During his tenure as culture editor, Rose was principally responsible for the September 2005 publication of the cartoons that initiated the Muhammad cartoons controversy in early 2006. Since then, he has been an international advocate for freedom of speech and is the author of several books, including The Tyranny of Silence, published by the Cato Institute in 2014.


From 1980 to 1996 he was the Moscow correspondent for the newspaper Berlingske Tidende. Between 1996 and 1999 he was that newspaper’s correspondent in Washington, D.C. In 2015 Rose was awarded the prestigious Publicist Prize from Denmark’s national press club and received the Honor Award for defending free speech from the Norwegian Fritt Ord Foundation. In 2016 he received the Milton Friedman Prize for Advancing Liberty from the Cato Institute. He lives in Denmark and speaks widely in Europe and elsewhere.
קישור לסרטון
Omer Moav, Prof.

Prof. Moav is an economics professor at IDC Herzliya and a professor at the University of Warwick. His research interests include economic growth and development, income inequality, human capital and productivity.
He was born and raised in Jerusalem, where he also completed his undergraduate, master's and doctorate degrees at The Hebrew University. After a post-doctorate year at MIT, he joined The Hebrew University and was promoted to the rank of full Professor within a decade.
He was chairman of the Treasury Advisory Committee and a member of the Dorner Committee on Holocaust Survivors' Rights.
Associate Editor in Academic Publications: Economic Growth, and Macroeconomic Dynamics.
Won the Alon Scholarship for Outstanding Young Scientists, the Hebrew University Rector prize, the Mifal Hapayis Award for Science and Research, the Wolf Doctorate Student Scholarship, and more.
He enjoys bringing examples of economic incentives from his past as secretary and member of Kibbutz Kalia in the Megilot Regional Council,
He works closely with the Israel Freedom Movement and works hard to disseminate coherent economic thinking to the general public.
קישור לסרטון
MK Sharren Haskel

From her days as a soldier in Israel Border Police during the 2000 terrorist attacks to her struggle in the Knesset, she is loyal to the principles of Israeli security, Jewish sovereignty, and personal freedom, according to the legacy of the Likud and its leaders and in the spirit of Jabotinsky.

Her term in the Knesset as part of the Likud team began in August 2015, and since then she has stubbornly led a fight against BDS organizations and anti-Semitism in Israel and around the world, a struggle to lower the cost of living and open markets to free competition, a fight against unnecessary bureaucracy that hurts the average citizen, and a brave struggle for diversity in Israeli media, sometimes at a heavy cost, including saving
Channel 20 and lessening regulation on the media in order to allow for a variety of opinions.

She is a member of the Foreign Affairs and Defense Committee, chairs the UNRWA reform lobby, chairs the Medical Cannabis Lobby and the PTSD Treatment Lobby, as well as leading the parliamentary friendship groups with countries around the world.

During her residency in Australia, she was certified as a veterinary nurse, and holds a Bachelor of Science degree in Political Science and International Relations from The Open University of Israel.
קישור לסרטון
Nehemia Shtrasler

Nehemiah is a senior editor for economics and social issues of Haaretz newspaper and an economic commentator on Channel 2 News, where he has presented his program "and don’t let them fool you”. He holds a master's degree in business administration and a bachelor's degree in economics from Tel Aviv University.

Nehemiah began his journalistic journey as a student, as a correspondent for the daily economic journal, Yom Yom.

He is liberal in his views, a staunch supporter of a free-market capitalist economy. His writing deals with the benefits of a liberal free-market economy and his articles have often called for reducing the state budget, reducing government involvement in the economy, and streamlining public service. His articles advocate opening the market to competition, privatizing every business entity held by the government, "because the government does not know and is unable to manage businesses."

Over the years, Nehemiah received numerous awards and honors for his work, the Outstanding Economic Journalist Award winner, on behalf of the Israeli Center for Social and Economic Advancement. Winner of the Sokolov Award for written journalism and electronic media in memory of Nahum Sokolov.
Awarded the prize for "quality economic press" by the Ladaat organization. Winner of the Lifetime Achievement Award by the Tel Aviv Journalists Organization for "many years of writing and fighting against monopolies, cartels and corporate groups owned by the state or large capitalists, with the aim of making Israel's economy more competitive, faster-growing, with more affordable prices and lower unemployment, for the benefit of all consumers and citizens."
קישור לסרטון
Boaz Arad

Boaz Arad, one of the founders of the Israel Freedom Movement (2011) and director of the Ayn Rand Center Israel, serves as the spokesman for the Israel Freedom Movement. He served as marketing communications manager for software and technology companies, research associate and spokesperson at the Jerusalem Institute for Market Studies (2010-2011), a member of the editorial staff of the Hebrew edition of BusinessWeek, and a regular columnist in the economic supplement of Makor Rishon. Since 1987, Boaz has been publishing and editing the journal "Anochi" which is dedicated to the philosophy of Ayn Rand. His articles and opinion pieces on the subjects of volunteer military, Holocaust survivors' rights, environmental education, and other issues that promote personal and economic freedom appear frequently in the Israeli media.
קישור לסרטון
Prof. Yoni Dubi

Prof. Dubi holds a doctorate in theoretical physics from Ben-Gurion University. His doctorate dealt with the properties of superconductors, which are materials that can transmit electrical current without energy loss. After his doctorate, he lived in the United States for three years, where he studied, among other things, the energy conversion and energy transfer properties of nanoscale nodes at the University of California San Diego and the Los Alamos National Laboratories.
Upon his return, he joined a team of researchers at Landa Labs (founded by Benny Landa) looking for innovative renewable energy solutions.
In 2012, he joined the faculty in the chemistry department at Ben-Gurion University. His scientific interests include electric current passing through molecules, nanotechnology and quantum theory.
A volunteer lecturer to school students through the Basha’ar and Nitzotzot initiatives. During his leisure time, he plays classical music and surfs. Winner of the 2017 Krill Prize for Scientific Excellence.

Alon Tuval is manager and co-founder of 'Tacharut' – The Movement For Freedom of Employment. As part of the organization’s activity, he researched the rulings of the labor court and the principles which lead to ruling bias. Has a Bachelor’s degree in Humanities, Middle East and Islam from The Shalem Center, is one of the founders of Exodus -- a program for Conservative thought for students, and is coordinator of the strategy division in that program. In his past, was a member of staff in the One Heart organization which coordinates volunteers in national emergencies.
קישור לסרטון
Libby Molad, Adv.
קישור לסרטון
Abir Kara

Born and raised in a trailer on a boundless hill in New Givon, at age 13 he retired from the theater world after a promising career as a clown and being a sorcerer’s apprentice to his twin brother.
He invested his bar mitzvah money in a flower stand and at the age of 18 he already operated stands across Jerusalem accompanied by the winning slogan: "Mrs. Lester, flowers for the mister".
After his military service he established a car wash business and also turned his attention to horse breeding and training in which he operated at the highest levels in Israel and the world. In recent years, he has been involved in the food sector before joining the largest Israeli social enterprise, “I am Shulman”, which is leading the revolution of the self-employed in Israel.
קישור לסרטון
צילום אביר קארה
Ori Katz, PhD.
קישור לסרטון
יהודה הראל

In the past, he managed the consulting division of Tavor Economic Consultants and headed many projects, including: Eilat Port Privatization, streamlining the Enforcement and Collection authority, Intel Grants Feasibility Study (2010, 2014) and more.

He is the founder of the organization Betzedek! For Jewish Policy and currently serves as chair of this research institute which aims to conceptually develop the Jewish principles regarding managing a state and an economy and adapting them to the modern social reality, the reality of a Jewish sovereign state in Israel, and the progress of research in the social sciences.

Has a regular Op-Ed column in the economics section of Israel Hayom, teaches economics at Bar Ilan University and elsewhere.

His dissertation examined the effects of an investment center's employment track on employment of the ultra-Orthodox and Arabs in Israel. For this paper, Dr. Samkai received the Finance ministry’s Budget Department Award and other awards.
קישור לסרטון
Simcha Rothman, Adv.

One of the founders of the Movement for Governability and Democracy and serves as its legal advisor. Co-founding partner in the law firm of Rotman-Lev, which deals with administrative-public law, education law, electoral law, real estate and civil law.
Author of the book High Court Party -- How the Lawmen Conquered Government in Israel, which deals with the judicial activism of the Supreme Court and its results in the fields of economics, security, society, and government.
The Movement for Governability and Democracy is fighting to restore governance to elected officials after the boundaries between the judiciary, including its various branches, and the authority of elected officials have been blurred in recent years. The movement is investigating and publicizing the creeping theft of governance perpetrated by the judiciary, which threatens to turn Israel into a state where the citizens do not decide, elected officials are disregarded, and the government is actually handed over to jurists no one has chosen. Adv. Simcha Rotman (39) lives in Pnei Kedem, Gush Etzion, is married to Hannah, and is a father of five children.

Idit Raz Kalisher is a lecturer, researcher and doctorate candidate in economics. Ran in the elections for the 19th Knesset on the ticket of Green Leaf -- The Liberal List. Author of "In the Forest" - a book for children based on the fundamentals of economics. The book was written after the 2011 protests, with the aim of imparting a basic economic understanding from an early age. She is a lecturer on economic education for children, guides teachers and educational teams in building curricula that deal with the fundamentals of economics beginning in preschool, and guides parents in economic education.
קישור לסרטון
Amir Whitman
קישור לסרטון
About
The Freedom conference is a unique conference, promoting personal and economic liberties in the Israeli society.

Organized by the Israeli freedom movement, the Ayn Rand center in Israel and other partners, it brings together the key liberal speakers, researchers, journalists, entrepreneurs and politicians operating and promoting those ideas.

Israel faces complex challenges in the fields of security, economics and society. The common believe that the state can answer all of those challenges by applying more control through legislation and regulation of its citizens actions, raises deep concerns regarding the state of individual liberties and the fabric of life in our multicultural society.

A modern, liberal and vibrant society depends on its freedom of speech, of press, of thought and belief, of movement and association and the liberty from the arbitrary actions of governments.
The role of government is to defend its citizens liberties, to ensure their freedom to live their lives and pursue their own happiness, without fear of violence or coercion by others, citizens or state.

Freedom grants extensive economic and social prosperity. Nonetheless, above all, it is the moral ground that allows for different people with different values and different goals to live together in peace and justice. 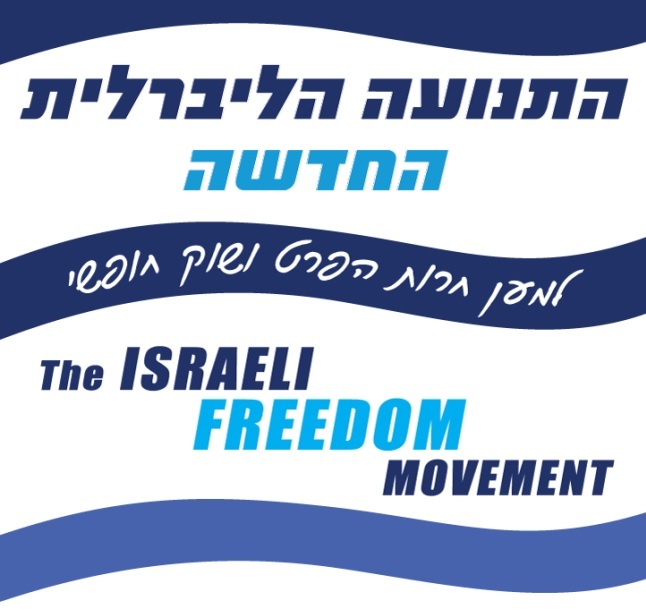 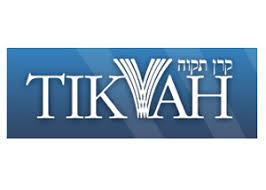 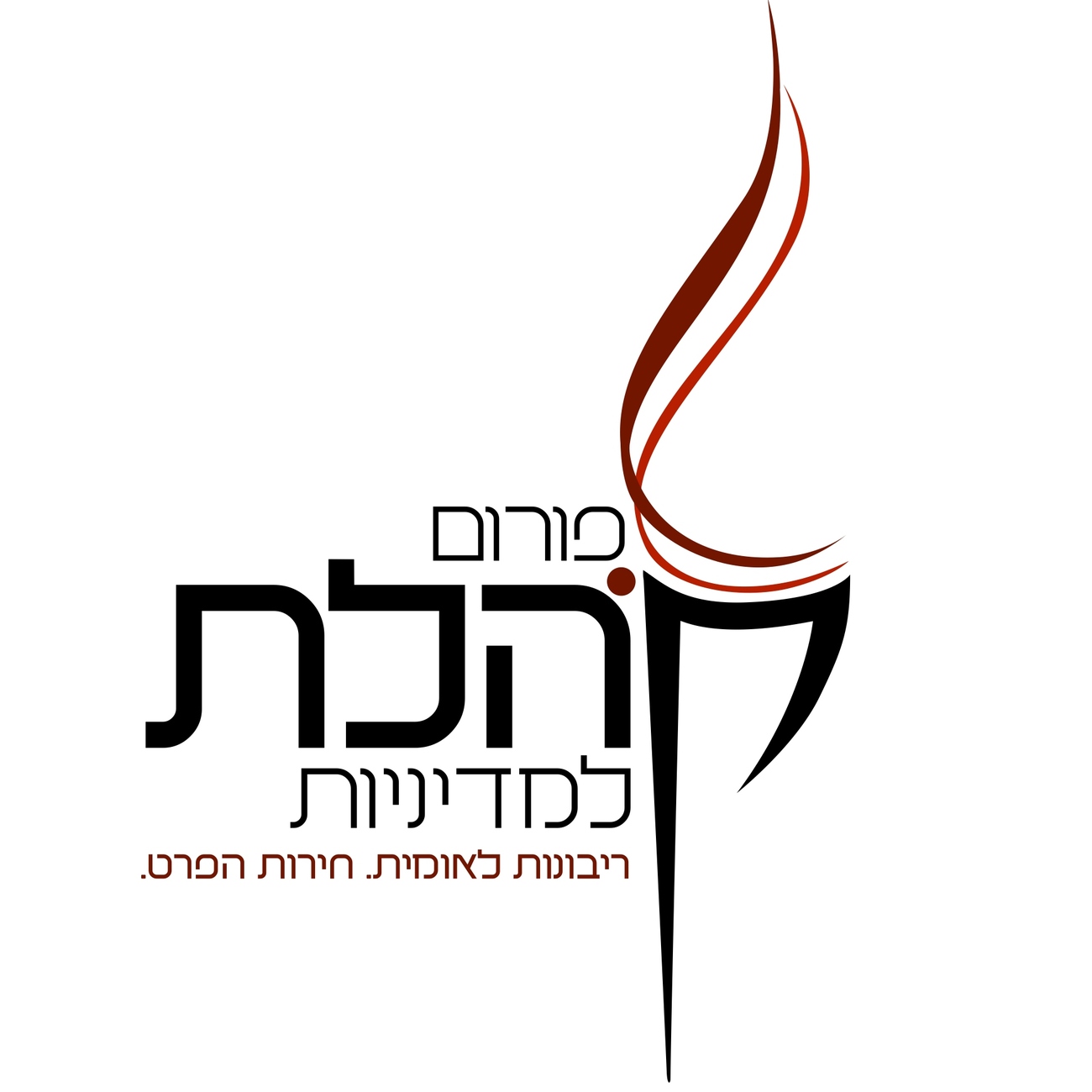 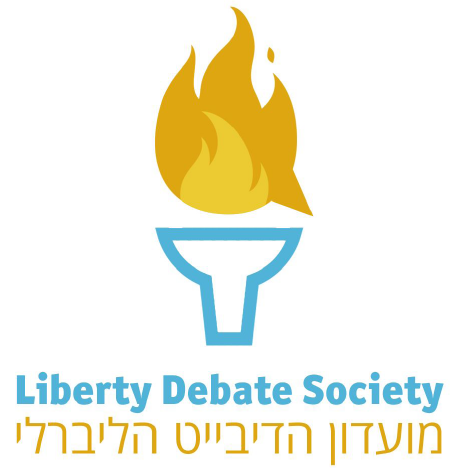 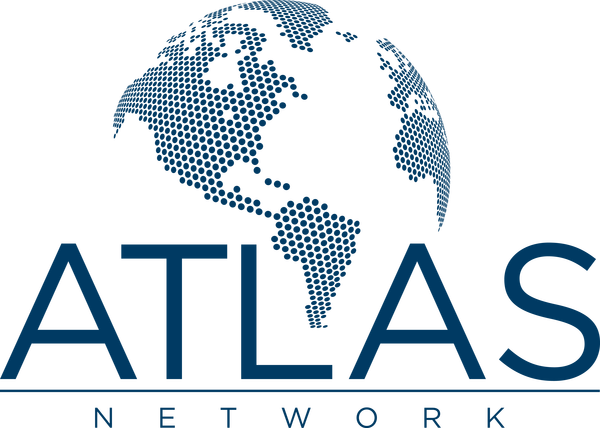 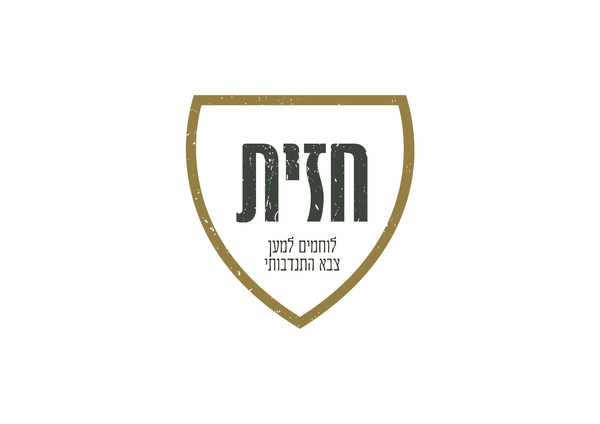 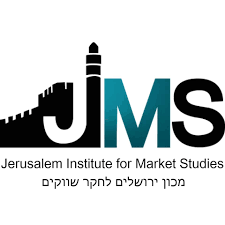 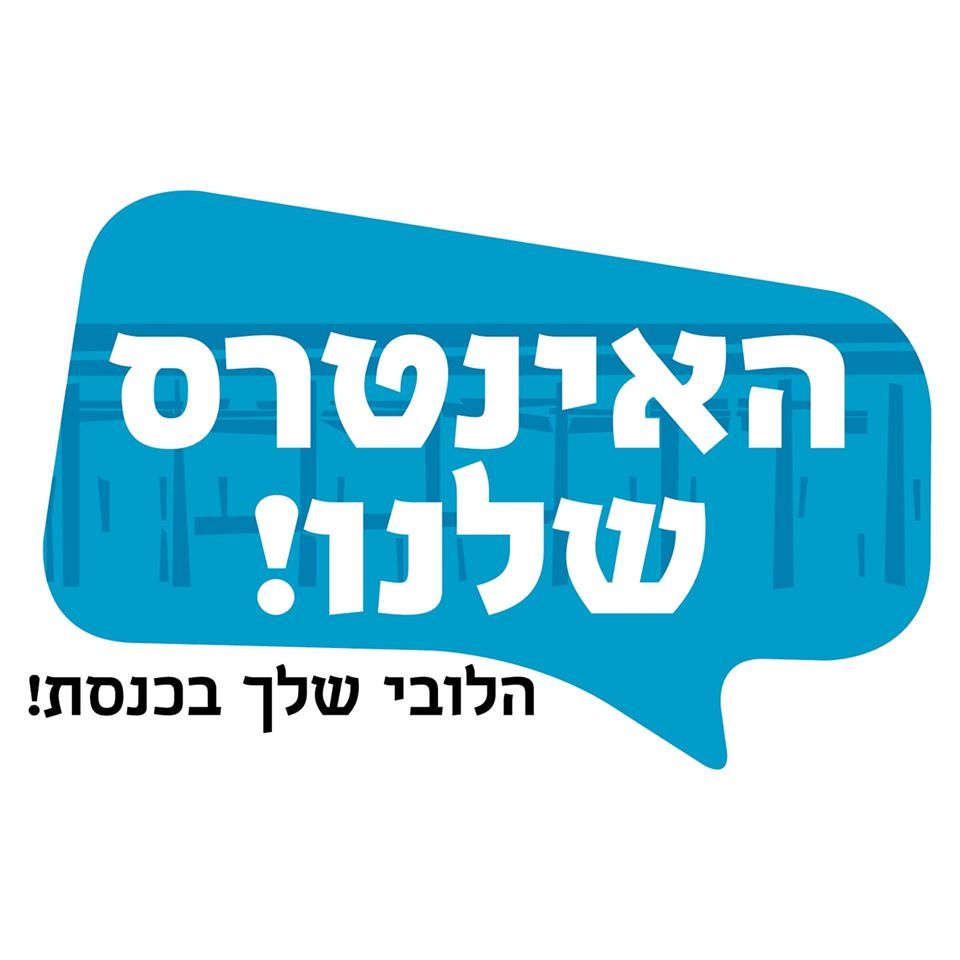